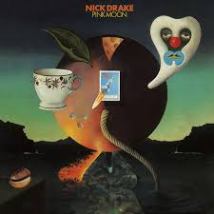 Very little is known about Nick Drake. He was reportedly a skilled cricket player, stood six foot five inches tall, went to Cambridge university and lived with his parents. Only a handful of photographs exist, and no film footage at all. He died in 1974 at the age of twenty six, from an overdose of amitiriptyline, and it is not known whether it was an accident or suicide.

Drake’s first two albums, Five Leaves Left and Bryter Layter, were masterpieces of lush English folk, and they routinely pop up on Top 100 Album lists. However, due to his refusal to do any sort of promotion or interviews, and his stage fright that saw him abandon his one and only tour halfway through, neither sold over 5000 copies upon release. In the two years after this, Drake became crippled by depression due to what he saw as his own failure, and recorded Pink Moon when he was so low he was barely able to speak. He arrived unannounced at the record company to drop the master tapes off. They had neither expected nor wanted another album. The sessions had resulted in one of the most intensely intimate albums ever made.

As a rebuttal of Bryter Layter’s expansive arrangments, Drake recorded this album with just his guitar and his voice. There is only one overdub, a sparse piano part on the title track. The entire running time is less than twenty nine minutes, and not a millisecond is wasted. Its eleven songs achieve a haiku-like, minimalist perfection, whispering in your ear yet somehow incredibly distant. The guitar playing is unbelievable, percussive and shimmering. It is almost impossible to believe that there is only one guitar part recorded on each song, such is the dexterity of Drake’s craft.

Pitchfork ranked Pink Moon as one of the twenty best records of the 70’s, yet it is so starkly self-possessed that it doesn’t really belong to any decade. Many people who knew Nick Drake have commented that he never made eye-contact with anyone, and that is the best description of this record that I could give. It is the music of a man who won’t look you in the eye; not because he is untrustworthy, but because he doesn’t want to. It is the sound of a grown man who is too sad to even cry. His voice rarely gets above the softest slur. On The Things Behind The Sun, when he sings “The movement in your brain, sends you out into the rain,” he means that going out into the rain was an entirely involuntary action, and he didn’t know why he was doing it, such was his mental state at the time.

I don’t expect many people who will read this review to have heard this album, but as a hint of how utterly perfect it is, there’s this story. Joe Boyd, producer and chairman of Witchseason Records, who Drake recorded this album for, was the only other person allowed in the studio when this record was made. When Boyd sold his label to Island Records in the late seventies, the first proviso at the top of the contract, above payments, royalties and copyrights, was that Nick Drake’s records never ever be deleted.

Best Moment: Try hearing the way he sings the line: “Take a look you may see me on the ground, for I am the parasite of this town,” without putting your hand to your face and whispering “poor sod.”

Like This? Try: The Last Of The Country Gentlemen by Josh T. Pearson.