On Monday 15th April 2013, myself and my fiancée made our way to Yorkshire for a holiday. Enjoying the peace and quiet of a small village town, we shook off the pressures of work, drank well deserved pints and spoke of the future. A future that would involve our wedding, small dreams were becoming reality in our minds and despite the usual stresses of modern life, things were good.

As we sat talking on the sofa, an evil was delivered into the day via our television. An evil that meant at least 3 people would no longer be able to speak of their futures anymore. A further 140 people have their lives on hold too, countless other friends and family members also have their daily existence shattered.

The easy thing would be to pick up the remote, have no empathy, and forget the world as we enjoy our time away. However, we watched as an all too familiar scene played out on the TV.

I wonder how many lives I’ve watched perish on my tv screen? At least thousands, maybe tens of thousands. I wish I could say I don’t know what a dead child or a man with his lower limbs blown away look like, but I do…I’m certainly not de-sensitised to it either.

The youngest victim is, was, around the same age as my Niece. I’m at the stage in life now, where things like that burn. She’s a fully fledged person at that age with wit, opinions, intelligence and dreams of her own. So would he have been. No life should we wiped out so violently, but certainly not one with the boundless potential of a child of that age.

The images on the screen reminded me of a speech given by Ken Livingston. He delivered it as London mayor, days after the July bombings (I refuse to cheapen them by branding them 7/7). Addressing the perpetrators, he stated that if they expected the people of the city to turn on each other “like animals in a cage”, they had “failed, utterly and totally”.

The people of Boston did not flee from their fellow man, nor trample on each other to get to a safe distance. They ran towards those in need and doubtless saved lives in doing so. The sheer courage of the human spirit, is a much harder thing to break than that.

Yet what happened on that day in Boston was repeated around the globe- in Iraq and Syria to name a couple. I’m not here to comment on why those deaths are further down the news agenda, but those deaths will burn and destroy futures just as much as those in Massachusetts.

I’m not here to offer my opinion on how to resolve this world either- that’s for far better men and women than me. However, everyday those great men and women cannot in someway abate the sheer volume of deaths we see played out in such a violent manner, is a black mark against humanity.

I guess I’m just saying- I’m tired. Aren’t you? Tired of men, women and children snuffed out in milliseconds. Tired of a supposed peacetime being littered with daily deaths, that seemingly have no end. Tired, on a selfish level, of not being able to escape the evil creeping back into the idyll of a week away. Tired of cowardly men remotely taking and destroying lives with crude bombs, for equally cowardly men to respond by remotely taking and destroying lives with a drone when guilt is ascertained.

It’s a horrific, vicious circle and we can only hope that the human spirit and courage we saw in Boston, in every place these horrors occur, rises above it and triumphs.

Right now, I don’t feel that way. That’s a pretty dark place to end the piece on, I know, but that’s the grim reality.

I’m tired of that reality. Aren’t you? Shouldn’t every human being be? 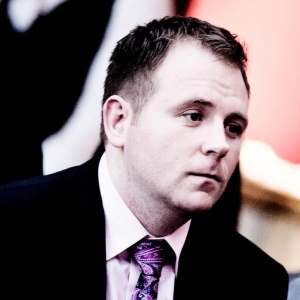