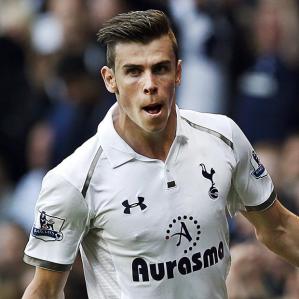 As last weekend came and went, the new football season kicked off for the 72 teams of the football league. When This event happens, it brings a nostalgic fondness to my heart. Of all these 72 clubs, all but about 5 are debt ridden, poorly run and hanging on to survive by a thread, Yet they manage to carry on putting out a team week in, week out. The teams represent the townsfolk with passion and pride, and give the patrons of public houses up and down the land, plenty of boozed up banter to keep them chatting until kicking out time.

In the coming weeks the Premier League will be forced down our throats from every angle possible. Sky Sports are already up to season 2004/5 of their review series ‘Premier League Years’ by now.

This season is a little different from other seasons, as it is a World Cup Year. We can hope and dream about how England will forget about their recent failures at international tournaments, and how The Three Lions future stars flopped at this summers under 20 World Cup and under 21 European Championships respectively. Yet maybe, just maybe we could make it out of our difficult qualification group, and maybe how despite of the heat and humidity in Brazil, they can make it out of their tournament group, and how miraculously they will beat some of the super powers of world football in the knock-out phase of the tournament to lift the legendary ‘FIFA World Cup Trophy’ (Not as catchy as ‘The Jules Rimet Trophy’ is it?)

Yet no, there has been little, or no mention of the upcoming competition in the media since the ‘Confederations Cup’ earlier this summer. This is because three of the biggest clubs in the land have changed their managers. Jose Mourinho has returned to Chelsea to hopefully turn them back into genuine title contenders. Manuel Pellegrino has arrived at the ‘Etihad stadium’ to no doubt be given one season to become European Champions, and last but not least Sir Alec Ferguson has retired from his 26 year tenure as Manchester United manager. As many a pundit and fan had predicted Sir Alec has been succeeded by Fergie-clone, David Moyes.

it is the last of these appointments that started a transfer ‘Merry-go-round’ in the Premiership. Wayne Rooney is now, or has never been a fan of Mr Moyes, which harps back to when Moyes was Rooney’s manager at Everton. You see, Mr Rooney had “Written” an autobiography claiming that Moyes had forced him out of his boyhood club and subsequently leaked details of it to the press. David Moyes refuted these claims and sued Rooney for libel, before settling out of court. It seems fair to say that Moyes’s arrival at Old Trafford has upset ‘Shrek’ Rooney. Moyes has basically said that Rooney would have a bit part to play in the future. He now wants out. The only problem is that Rooney has only attracted interest from Man Utd’s title rivals Chelsea, and no way will the Old Trafford outfit relinquish one of their better players to their rivals.

I foresee in the future a lot of sulking, pouting, moaning and yawning in the stands for Man Utd’s former ‘star-larker’, but, lets be honest, if you earned £200,000 a week, I maybe wouldn’t be all that arsed really.

The second prolonged transfer saga of the summer is perhaps the most controversial.

Over at Anfield, Mr Luis Suarez has started to dig his teeth in (no pun intended) over a move away from Liverpool. Unfortunately for Liverpool, he is undoubtedly their star player, so they do not want him to leave, which if you were on about any other teams star player, it would be understandable, but Suarez is no Golden Boy! He is currently serving his second long suspension since joining the club, the first for racism, the second, incredibly, for biting no less. The man is trouble, and the quicker we can get him out of the English game, the better! There is one slight problem though. The only club to have shown any interest in the scum bag is the Premier Leagues perennial underachievers, Arsenal. They bid the tidy sum of £40,000,001 to activate the release clause in his contract, but that wasn’t enough moolah to temp Anfield’s hierarchy to accept. If I was Mr Henry I would snap off the hand of any man offering money for the rat bag, so that it could be reinvested in the club on players who want to play for them.

As no offer has been accepted by Liverpool, I give it a week before Splinter, sorry, Suarez, starts ranting on about how he is been treated like a slave by the club (horrifically)

The third installment of the summer transfer kerfuffle involves Tottenham’s top boy, Gareth Bale. He has been single-handedly carrying Spurs for 3 or 4 seasons now. His out of this world performances have not gone unnoticed. The cream of Europe’s top teams have been watching for a while. Last season Real Madrid made a fleeting advance toward Mr Bale, but they were rebuffed by both club, and player. They would not be deterred. This year, Real have returned with all guns blazing, an offer of £85,000,000 has been touted around the media, but Spurs are not impressed, and refused. The problem for Spurs is that the man in question has had his head turned by the Spanish giants offer. Tottenham are holding out for a ridiculous world record bid of £100,000,000.

Bale it seems, is bound for the Bernabéu, he seems to have Spurs best interest at heart as well as his own, and wants to leave the club in a better shape than it was when he arrived. It seems he may actually leave England with his reputation intact.

Where will these 3 contract rebels end up plying their trades when the next world cup arrives? Who knows! I’m non the wiser, but I do know that the world of football will be non the healthier for all the mud slinging that has been going on.

Money, so they say, makes the world go around, and the world of football is no different!