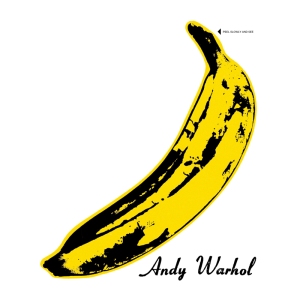 I’m a huge fan of the cinematic genre Film Noir. For those of you who aren’t familiar with the term, movies of this category usually involve seedy bars, private detectives, poisonous women and hundreds and hundreds of cigarettes. The classic phase of noir is thought to have started in 1941 with The Maltese Falcon and ended in 1958 with A Touch Of Evil. As befits the time, there was no explicit sex or violence in these films, everything was implied. The gravitas in these movies came from the shadowy, angular camera work and the colossal charisma of the likes of Humphrey Bogart and Peter Lorre. Except for one seldom seen picture from 1950 called Kiss Me Deadly. The first scene features a screaming woman, naked under a trenchcoat, desperately trying to thumb a lift on a unlit back road. The intro titles somewhat disconcertingly roll down rather than up the screen, and there are scenes of genuinely brutal violence. The underlying premise is of an underground government plot to conduct nuclear experiments and there is a particularly sinister scene in which the protagonist effectively pimps out his own girlfriend in order to gain information. Pretty heavy for 1950, I’m sure you’ll agree. Fast forward eighteen years, and while over here the likes of The Beatles, The Small Faces and The Rolling Stones were performing minor drug-induced miracles with the music they were making, they weren’t really ramming what they were doing down people’s throats. Over on the west coast of America, it was all about the peace and love and hippiness, morons in kaftans and leather headbands proclaiming that everyone should have a hug a day and idiotically trying to convince people that The Jimi Hendrix Experience were a great band. In New York, meanwhile, a smell as toxic as that of Kiss Me Deadly could be inhaled.

The Velvet Underground are the single most influential band of all time and the coolest band of all time. There is a very famous quote from Brian Eno that I could insert here but I won’t because he’s a very boring man who makes terrible records. Quite apart from The Beatles and Bob Dylan’s nods and winks towards their drug use, The Velvet Underground were the first band ever to say “Yep, there’s lots of people taking drugs, we know cos we take drugs. Yep, there’s lots of people indulging in extreme sexual practices, and we’re writing songs about it. Yep, this guitar can make sounds other than E, A and D.” They are by a distance America’s greatest ever band and begat two of the all time greats, John Cale and the late Lou Reed.

Obviously, no-one bought this record. They were utterly terrified of it. Andy Warhol, knowing controversy when he saw it, made them the centrepiece of his arts collective The Exploding Plastic Inevitable, which consisted of mime artists, beat poets and one young lady who waded into the audience wearing a leather bustier and screaming at couples “Are you happy with him? Does he fuck you good?” The band would play a set of four or five songs, each lasting between seven and twenty minutes and garner no applause at all. Warhol funded the album and put his own name on the cover, along with an certain iconic piece of fruit. So, where The Beatles were singing “All you need is love”, The Velvets were slurring “Taste the whip, now bleed for me.” The guitars were drenched in repulsive feedback and an uncommonly beautiful woman had been transplanted into the middle of this cacophony to drone away in the same manner as the band.

It would all amount to nothing without the songs. But they had the songs. They tried to smother them with the racket, but they had the songs. The album begins with the ultimate hangover ballad, Sunday Morning, with its soft echo vocal, xylophone and hopeless refrain of “It’s nothing at all”. It is the sound of being happy to be in pain. The relentless chug chug chug of Waiting For The Man follows, the narrative of a junkie desperate for the arrival of his dealer, truly seismic for 1968. They had full-on rockabilly belters (distorted beyond measure, obviously) in Run Run Run and European Son, and sweet sweet doo-wop in Femme Fatale and I’ll Be Your Mirror, both “sung” by the teutonic chanteuse Nico. The latter was played at the wedding of my colleague Dr Barnes, and when I heard about this she instantly flew into the top five of my cool list.

The true core of the album lies with the genuine experiments, though. Venus In Furs is one of the most explicitly lascivious songs ever written, a candle-wax slow grind about the joys of sado-masochism with screeching viola and the most reptilian groove of all time. Listen to it now and your pelvis will automatically start to move. Heroin is obviously the spindle of the album, a song designed to simulate the rush of shooting up, a slow build spiralling into an unrestrained row where all thought of musical structure is completely abandoned as Reed chuckles and gasps and sings “It’s my life, and it’s my wife.” This song didn’t get on the radio.

The other two tracks are why I love this album so much. I went to an exhibition of underground rock art at the Tate Modern in 2005 entirely by chance and a one of the exhibits was a video of The Velvet Underground performing All Tomorrows Parties and The Black Angel’s Death Song, sometime in 1967. I’d bought the album about six years before that and instantly adored it, but after I’d toddled into this tiny booth all by myself and seen, at the age of twenty three, these five weirdos all clad in black, looking so aloof yet so threatening, I realised you could scare people with art. You could hurt them with words, you could offend them with music. The two songs in question were complete opposites; one a crushing glacial dirge and the other a howling spiralling din of feedback and atonal strings while Lou scats all those amazing lines of the most visceral imagery, and seeing them on that screen had pinned me to the wall.

Of all the white rock acts that have emerged since this album was released, arguably only Van Morrison and Rod Stewart have escaped its influence, which is probably a good thing, as no-one wants to see them in leather jackets singing about bondage, but I think the single biggest pointer I could give to the huge legacy this record gave to the world was from an exchange I had on Facebook about two years ago. I had acquired a fantastic boxset comprised of records from the late fifties and early sixties entitled The Best Of The Girl Groups. As my status update I put something like “Just listened to The Best Of The Girl Groups. Wasn’t everything sweet and innocent before The Velvet Underground turned everyone into perverts?” and a friend of mine replied “Yes, but thank God they did.”

And I agree Kelly, thank God they did.

Best Moment: The gorgeous backing vocals in There She Goes Again, the song that Johnny Marr would rip off for There Is A Light That Never Goes Out.

Like this? Try: Psychocandy by The Jesus And Mary Chain, 1985 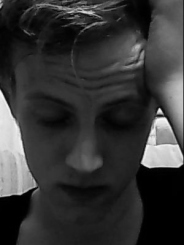