I can still recall a golden spring evening in 1987 when as a six year old I had been playing on the freshly mowed lawn on North Hull Estate. Outside in the sweet air with the rich green of fresh grass stains on my knees my father called me in as it was to time to bath and settle down in front of the television as it was the evening of the 1987 General Election and there was an Election special of Carrott Confidential; a one satirical look at the General Election. It featured Steve Punt and Hugh Dennis just before their rise to fame on ‘The Mary Whitehouse Experience’. Even though I was only six I found the show amusing which said more about the show than it did me and my political awareness at that young age. I can still remember my father sending me off to bed just as the first results were beginning to come in and as he did he said something along the lines of ‘When you wake up tomorrow the world might be a better place’. Of course that didn’t happen. Neil Kinnock’s Labour Party lost the election having returned only 229 MP’s to Westminster.

By the time the 1992 General Election arrived I was nearly eleven and was now enjoying staying up late on Thursday evenings to watch Question Time in the run up to the Election. This was the Peter Sissons era and for me it was the golden age of the show. I remember Neil Kinnock’s rousing ‘It’s time for a change, it’s time for Labour’ speech and again a genuine feeling that life could be all so different when I awoke the morning after the election.

As a child born into a household in which politics was discussed a great deal I am very fortunate. I could enjoy the satire and to a degree the more in depth and ‘dryer’ television coverage such as Question Time or Newsnight. But then I was fortunate.

For many people the language of politics is something completely alien to them and it because of this that voter turn has fallen from a little over 75% in the 1987 General Election to 65.1% in 2010. Many pundits say that the reason for voter turnout falling so rapidly in recent years is due to a wide spread dis-trust of politicians caused mainly by the expenses scandal which was widely publicised in 2009. And there may be some truth in this theory. I have lost count of the times when asking ‘How are you voting in the next election?’ I get the response- ‘Nobody, they’re all the same’. More worryingly in Britain people turn to protest voting. People are of course entitles to do so and exercising your right to vote with a protest vote is better than no forfeiting your right to vote entirely. However, in England that is not necessarily the case as in England we seem to have stumbled upon a culture of negative protest voting. The rise of the UKIP, the BNP and the EDL I feel can be blamed on the despondency that people have for the major parties. In Scotland and Wales this manifests itself by a greater share of the vote for the SNP or Plaid Cymru. Why can’t the English use their protest vote to gain more seats for the Green Party for example? Given more seats in Westminster the Green Party could have a real voice on issues such as climate change for instance. The protest vote could actually be put to some use.

The reason for this is very simple, politics is not televised properly. That is to say that television doesn’t cater in any way for the political novice. Take a look at the politically orientated shows that are currently being aired. They fall into two categories; the high-brow and the satirical. The political novice isn’t going to choose to watch either. When will a major television network make a television show about politics that caters for people with very little political knowledge? Because political knowledge equates to political interest and I feel that currently many people are being excluded from political discourse because no one is willing to make a politically orientated television show that explains the issues to them in layman’s terms. You see there is nothing wrong with making a statement such as ‘I don’t know anything about politics’ and as a society I feel that we are duty bound to inform the uninformed. On the contrary making a statement such as ‘I don’t want to know about politics’ is nothing short of ignorance and these people are probably out of reach.

With the commissioning of a weekly informative television programme that explains the weekly goings on in Westminster in clear and understandable terms I feel that a huge chunk of voters could be brought in to inclusion. A show that doesn’t assume that everyone understands what a Green Paper or even a Cabinet Meeting is could bring people to the ballot box that otherwise would have stayed at home.

I should mention before ending that for a truly insightful view of British Politics switch off your televisions and listen to Radio 4’s Any Questions on Saturday afternoons and Today at Westminster every week night from 11 pm. 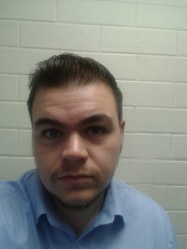 Xavier Dwyer is 31 years-old and has a small dog called Oliver. He is a paid-up member of the Labour Party and used to play bass in semi-legendary Hull band Sal Paradise. In his spare time he makes his own wine and watches rugby league. He once claimed his favourite album was Electric Warrior by T.Rex, which was a complete lie. He holds a degree in Philosophy, but you’d already guessed that. You can find him at http://www.twitter.com/XavierDwyer1