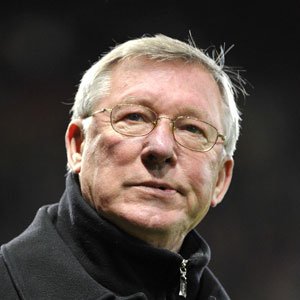 In the end it wasn’t long and drawn out. Wasn’t because of a heart scare. Wasn’t because they just weren’t competing like they used to.
It was on his own terms, when he decided, when he thought it was right for Sir Alex Ferguson to go.
26 years is a hugely long time in football, especially in today’s game. A few poor results, one player turning on you and you are usually gone. Football throws around so many terms and cliches with such casual abandon it’s become a cliche in itself; but today genuinely is the end of an era. Mainly- the era of a manager being given time.
Will any another manager be given the space to slowly build a squad that can deliver the title regularly one day? Look at Liverpool’s efforts. Look at the pressure Wenger is now under to deliver a trophy. It’s going to be a hugely difficult job to keep the hounds of the press and the stands at bay if two games without a win, becomes four at United. That never happened with Ferguson from the FA Cup win onwards- because he was that good, but also because of the stature he was allowed to build.
It will happen now. One bad fixture list, 12th place after 5 games, they’ll be feeling that pressure.
Ferguson is one of those figures whom, if you didn’t support United, it was just too easy to hate. He loved riling up the opposition as much as anyone else in the game. Yet, Ferguson is one of those hugely successful people who was always destined for that.
In this country, if you’re the very best you’re hated at the top, then the nostalgia kicks in when you flop. Ferguson never really did flop in the Premier League years, so people just went on hating.
Steve Davis in Snooker, Diego Maradona and David Beckham in Football, Mike Tyson in Boxing- all hated at the top in this country, all now taken to the nation’s bosom as sporting treasures.
Ferguson was always the kind of spiky customer I was never going to warm to, but you just cannot help but respect him. As the years went on, I listened to his interviews more because you realised, no matter how it seemed, he wouldn’t be around forever. If you met him, you would know you were near a modern sporting great. Howard Wilkinson, league title winner, he is not.
Yes, the BBC interview ban was petty. Yes, his treatment of players he no longer wanted, such as Stam, Keane and Beckham, was shoddy. Yes, his lack or respect for officials was, at times,  inexcusable….but to paraphrase John Lennon- to get ahead in that game you have to be a bastard, and he was the biggest bastard going.
Every team chasing silverware will be rejoicing him going. Every fan who has to sit and watch them win, over and over again, will be rubbing their hands. They know its something you don’t see very often, and it just blew the league apart.
A huge blow, and an ironic one given his relationship with them over the years, will be to England. How many football teams are still building their teams around young, English talent? Ferguson is leaving because he thinks the current crop are good enough for someone to carry on with as a starting block.
Beckham, Ferdinand, Rooney, Scholes, Neville- before you even begin with all the fringe players, his teams have hugely contributed to England squads. For many, England fail because they cant cope with defeat and bounce back- the shirt “hangs heavy”. Given the fact half the team is from United, it’s probably true.
This isn’t designed to be a glowing eulogy, there have been countless times I’ve wished he just disappear. Yet, in a time when characters are in short supply, he will be missed. Just look at Snooker and Ronnie O’ Sullivan to see what happens when your characters dry up.
In true Ferguson fashion, you can imagine the wee glint in his eye as his opponents hurried around to take stock this morning, the cat firmly amongst the pigeons.
In his sudden departure, after a season which seemed a procession, he has given the game in this country a huge surge of excitement. He will enjoy that as much as anyone. Because hate him or love him, you can’t deny that he is a football man through and through.
True football men are in short supply, and we lost one from the game this morning. When Ashley Cole storms out of his job because the Chairmen won’t give him £100 million to spend in January 2027, you will speak of his sort not being around anymore.
Go on admit it, you’ll miss him a bit, even as the pantomime villain.
Football, eh? Bloody hell………. 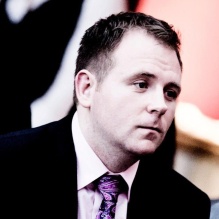 Paul Featherstone is 31 years old and lives in Hull. Most people call him “Fev.” He has an encyclopaedic knowledge of football and music and uses the word “c*nt” far too much in everyday conversation. He spends a lot of his time blagging his way into celebrity parties. He is to be commended for once meeting Jo Whiley and refraining from beating her to death with a big stick. You can read more of his vitirolic comments on http://twitter.com/FevTheRevoff
Advertisement